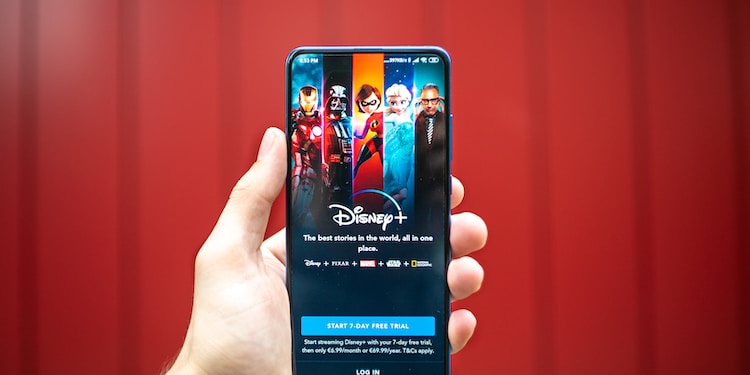 Photo by Mika Baumeister on Unsplash

Disney’s own streaming platform, Disney plus, is now available, and the amount of content available may feel overwhelming. Indeed, Disney Plus launched with hundreds of movies and thousands of hours of television programming available to stream, all from Disney’s library of titles—as well as brand new Disney Plus-exclusive content. The studio dug deep into its vaults for this one, making forgotten live-action movies from the 1960s, 1970s, and 1980s available alongside a slew of Disney Channel Originals. That’s not to mention the catalogue titles from Marvel,, Pixar and Luca movie, as well as the growing library of original Disney plus movies.

With such a diverse selection of movies available to stream on Disney Plus, we felt it was necessary to assist you in narrowing down your options for what to watch on the new streaming service. We combed the library and selected some of the best movies available on Disney plus, ranging from animated classics to Marvel superhero movies, Star Wars movies, and even surprising live-action titles. This list contains something for everyone, demonstrating once again that Disney plus is not solely focused on children’s programming. They are going after the entire family. Therefore, peruse our list of the best Disney Plus movies below.

Consider the preceding ten minutes. While the first ten minutes of Pixar’s 2009 movie Up garner all of the attention, when you look at the movie as a whole, you’ll discover one of the best adventure movies of the twenty-first century. The story of a curmudgeonly old man who decides to fly his house to South America using balloons only to be joined on the journey by a young “wilderness explorer” is a wonderful yarn about discovering new adventures and learning to let go of the past in order to form new relationships. It’s a stunning story from beginning to end, brimming with thrilling action, terrific humor, and stunning visuals. The first ten minutes are both the best and worst thing that has ever happened to Up, but once you’ve seen the entire movie, you’ll understand why it’s one of Pixar’s best.

The Hunchback of Notre Dame

Although it is not the best movie of the Disney Renaissance, it is arguably the most intriguing. The movie adapts the incredibly dark source material of the same name, but then attempts to make Quasimoto a beautiful character on the inside rather than a monster whose ugliness reflects his character. However, that simple message of “You are beautiful on the inside” is wrapped up in a movie that is not only visually stunning, but also features one of Disney’s most memorable villains in Frodillo, a character who struggles with his lust for the female lead, Esmerelda. While the movie struggles to reconcile more mature elements such as this with kiddie jokes provided by characters such as the talking gargoyles, it remains an enthralling watch for anyone interested in this era of Disney Animation’s history.

If you haven’t seen the movie that largely defines the end of Disney’s second Golden Age, it’s well worth re-watching. The movie is based on the traditional or like a web series of Tarzan (Tony Goldwyn)—a man raised by apes who is torn apart when the opportunity to rejoin humanity in the form of the endearing Jane presents itself (Minnie Driver). The stakes remain compelling—which family will Tarzan choose—while also utilizing some of the era’s most stunning animation. The Phil Collins songs, which are used non-dietetically in contrast to previous Disney plus from the 1990s, are also bops and lend Tarzan a distinct personality that sets it apart from its peers.

If you’re looking for a family-friendly inspirational movie to watch, Theme is both exciting and enlightening. The movie is based on a true story about three Black female mathematicians who were instrumental in resolving issues at NASA that set the stage for the United States’ dominance in the space race. These women encountered adversity and racism at nearly every turn, regardless of their ability or talent, and the movie chronicles how they manage to overcome these obstacles to stand tall regardless.

Luca, a Pixar movie scheduled for release in 2021, is a sweet, summery delight. Inspired by manager Enrico Casarosa’s childhood, the movie is set on the Italian Riviera in the 1950s and 1960s, where a young sea monster named Luca (Jacob Tremblay) fulfils his wish to meet humans by ascending to the surface, only to discover he transforms into a human boy upon exiting the water. Along with a more daring and ambitious sea monster named Alberto (Jack Dylan Grazer), he makes new friends and discovers that there is much more life outside his isolated home. This is a refreshingly intimate and low-stakes story for Pixar, and the movie becomes even more thrilling when read as a queer story.

Internet Streaming and Cable TV – What to Choose

Cable TV and online streaming services are the two most common video services available these days. Before you decide on...

How to link a Roku device | Roku.com/link

Roku is the most reliable choice of people when it comes to durability and price. It has the best features...

Trakt, as the name suggests, is a platform that helps to keep track of all the movies and TV shows...

The Right Venue For Your Next Hybrid Event

Internet Streaming and Cable TV – What to Choose